Note: While the author intentionally waited until after Dragon Con had concluded to write a comprehensive retrospective of the event, unforeseen circumstances delayed this piece from running before now. I've been fortunate enough in my time with 52 Weeks of Horror to cover some cool events. From movie screenings and film festivals to conventions and more, I've had a chance to experience and share with you some amazing stories. While all of it is fun, nothing can quite compare

“Universal Monsters” will come to life in all-new terrifying Halloween Horror Nights mazes at Universal Studios Hollywood and Universal Orlando Resort, inspired by Universal’s original cinematic monsters and the movie studio that invented the horror films. The terrifying experiences on both coasts will wake some of the most frightening and legendary monsters in horror history and bring them face-to-face with guests at the nation's premier Halloween events. On the heels of las

Mandao of the Dead Exclusively on Amazon

Los Angeles, CA - Mandao Films has announced a resurrection of Halloween spirits with the Digital HD debut of writer/director Scott Dunn's Mandao of the Dead. The spectral sci-fi comedy is now available exclusively on Amazon Instant Video, ahead of an iTunes release in February 2019. The second feature from filmmaker Scott Dunn and producer Gina Gomez, Mandao of the Dead combines temporal hijinks with chills from beyond the grave in a film Horror Fuel calls "a charming winne 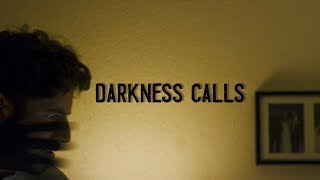 Make sure to close your laptop screens when going to bed. You never know what late night video calls you may receive. A short horror film by George Heras ( @thegeorgeheras) "This is an actual fear of mine! Freaking creepy!" - Haley JoAnna #DarknessCalls #freemovie #shortfilm #horror #halloween #georgeHeras #youtube

Watch: We Know You Are Home

Tricks, Treats, and Tips for Halloween

Halloween is a week away and there’s so much to do between now and the 31st. Being a part of the scaremaker family, I’ve been trying to think of some fun crafts and ideas to share with my son this season as well as party plans. Whether you’re hitting the streets to Trick-or-Treat, throwing down with a Halloween party, or just staying in for a quiet, spooky night there are plenty of things you can do to make All Hallow’s Eve a little more fun. Soundtrack Music is important and

Blum's Blunder - The Continued Struggle for Women in Horror

There's been a lot of backlash in the horror community since Blumhouse CEO Jason Blum declared that he's having problems finding women interested in directing horror films. After returning from the Women in Horror Film Festival and meeting some of the most talented women filmmakers currently in the industry, I was infuriated so I went and wrote an open letter to Mr. Blum about the issue. The fact is, we've got an industry and a culture that marginalizes women and makes them w

It's Time For An October Giveaway From Comet TV & Charge! (CLOSED)

This Halloween tune in to COMET TV as they bring you the horror classics that will send shivers down your spine. Before Buffy, before Edward, and before a certain Count, there was Nosferatu. The classic Vampire film, which is followed by The Cabinet of Dr. Caligari and The original Phantom of the Opera. Sure to send you to another world, COMET TV brings Space: 1999 and Babylon 5 back for classic spacey adventures! Everyday you can see Babylon 5 and Space: 1999 has back-to-bac