Ash VS Evil Dead: The Complete Third Season On Blu-ray And DVD Today!

SEASON 3 The Final Season Buzzes onto Digital May 25 and on Blu-ray™ and DVD on August 21 from Lionsgate SANTA MONICA, CA (May 23, 2018) – Legendary horror icon Bruce Campbell (The Evil Dead Franchise) stars in the “truly insane, awe-inspiring, and gruesome” (Merrill Barr, Forbes) final season of “Ash vs Evil Dead”: Season 3, arriving on Digital May 25 and on Blu-ray™ (plus Digital) and DVD August 21 from Lionsgate. Experience the final season of the hilarious, critically acc

Lionsgate Announce: Down a Dark Hall arrives on Blu-ray™, DVD, and Digital October 16

Street Date: 10/16/18 Blu-ray™ + Digital SRP: $21.99 DVD SRP: $19.98 PROGRAM DESCRIPTION Experience the dark powers and supernatural thrills within Blackwood Boarding School when Down a Dark Hall arrives on Blu-ray™ (plus Digital), DVD, and Digital October 16 from Lionsgate’s Summit Entertainment. This film is currently available On Demand. Based on the best-selling novel by Lois Duncan and produced by the author of The Twilight Saga, this terrifying young adult thriller feat 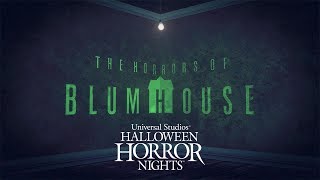 Eric Keitel, Ian Heath & John T. Cogan (l-r) ~ Wicked Lit 2017: The Damned Thing (Photo by Daniel Kitayama) Altadena, CA. (August 19th 2018) Going to a live event is exhilarating; there’s an energy that is transferred from the audience to the performers and vice versa. But, Wicked Lit adds one more ingredient to the mix that takes the performances to the next level and that is to play at the Mountain View Mausoleum. That’s right; you can watch horror plays in a working cemete

Film Festivals to Die For

Film festivals are phenomenal events with terrible reputations. The average moviegoer hears the words “film festival" and thinks of the stodgy, industry mainstays with their high concept, low appeal films and A list celebrity vanity projects. Events like Sundance which, in recent years has become increasingly hostile to independent filmmakers (i.e., the ongoing Sundance/Troma feud) have left a bad taste in fans’ mouths. So what the cure for the film festival problem? How do y 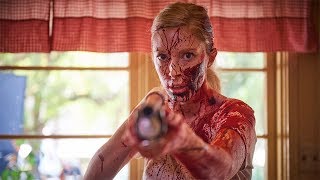 Estranged sisters - Kate and Angie - haven’t spoken since Angie went to college and left Kate to care for their ailing father. In a show of reconciliation, several years after moving out, Angie invites Kate to her bachelorette party held at a remote house booked on a home-sharing app. The women are unaware that by booking this house, they’re walking into a trap set in motion by a disturbed family of amateur killers who are out for blood to right a cosmic wrong. They soon beco

RLJE FILMS ACQUIRES “ALL THE CREATURES WERE STIRRING"

LOS ANGELES, Aug. 17, 2018 –RLJE Films has acquired all North American rights to the upcoming horror film All the Creatures Were Stirring. Written and directed by David Ian McKendry (The Dump) and Rebekah McKendry (The Barista), known for their amazing work at Fangoria and Blumhouse, the film stars Constance Wu (Crazy Rich Asians, “Fresh Off the Boat”), Amanda Fuller (“Orange is the New Black”), Jonathan Kite (“2 Broke Girls”), Jocelin Donahue (Insidious: Chapter 2) and Graha

Trailer: Come Face-to-Face with 'The Dawnseeker'

Premiering September 4 On Demand from Uncork’d Entertainment, Justin Price’s explosive new sci-fi horror actioner pits five mercenaries against a dangerous alien creature. 2245, the Earth's sun has dwindled and no longer provides the energy needed to sustain human life. Five hired mercenaries travel to an uncharted planet to collect a rare mineral known as stardust to replenish the dying star. After their spaceship crashes on the alien planet, they are stalked and hunted by a
1
2
34